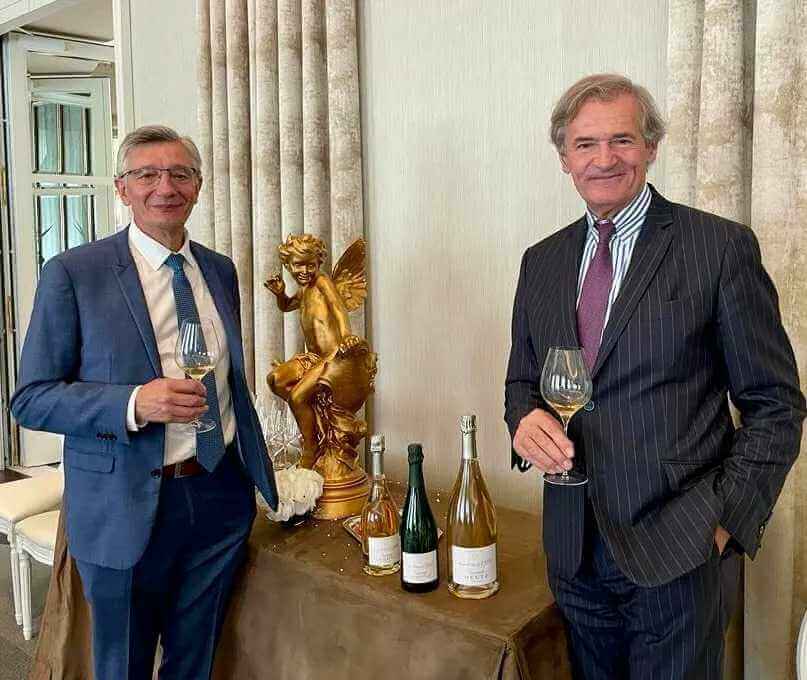 For Fabrice Rosset, the concept of the wine cellar represents a philosophy that says: "I have long been interested in aged wine. It has always held my attention." The president of the House of Deutz decided to take an interest in Berceau Vinothèque Wines of Deutz. "Beyond the exceptional quality of the aged wines (well born), how can we not worry about the future of the work that we create, that we propose, to be the object of a thousand and one attentions for decades?" quotes Fabrice Rosset.

This project began 26 years ago to protect the small quantities of wine scattered in the cellars of Aÿ, whether they are at the "whole", "on lath" or "in crust" stage, or even sometimes in "full" bottles. Indeed, like many Champagne houses, the wine library was not really a priority over the years. There were 60 bottles left in the 1960s and 890 in the 1970s. However, when Fabrice Rosset arrived at Champagne Deutz in 1996, he decided to keep the unpublished 1995 vintage in the cellar, put aside the 1996 vintage, and produced sufficient vintages to meet the requirements of a real wine library policy. Maison Roederer and he was involved in the Cristal bar.

So the two accomplices, the successor cellar masters, Odilon de Varines and Michel Davesnes, kept the bottles in order to bring them out one day. That day has come. The "Deutz' Berceaux Vinothèque Wines" have just been launched internationally. There are 250,000 bottles, 36,000 magnums and 7,000 Jeroboams, not counting the Methuselah of the Deutz Amour collection. 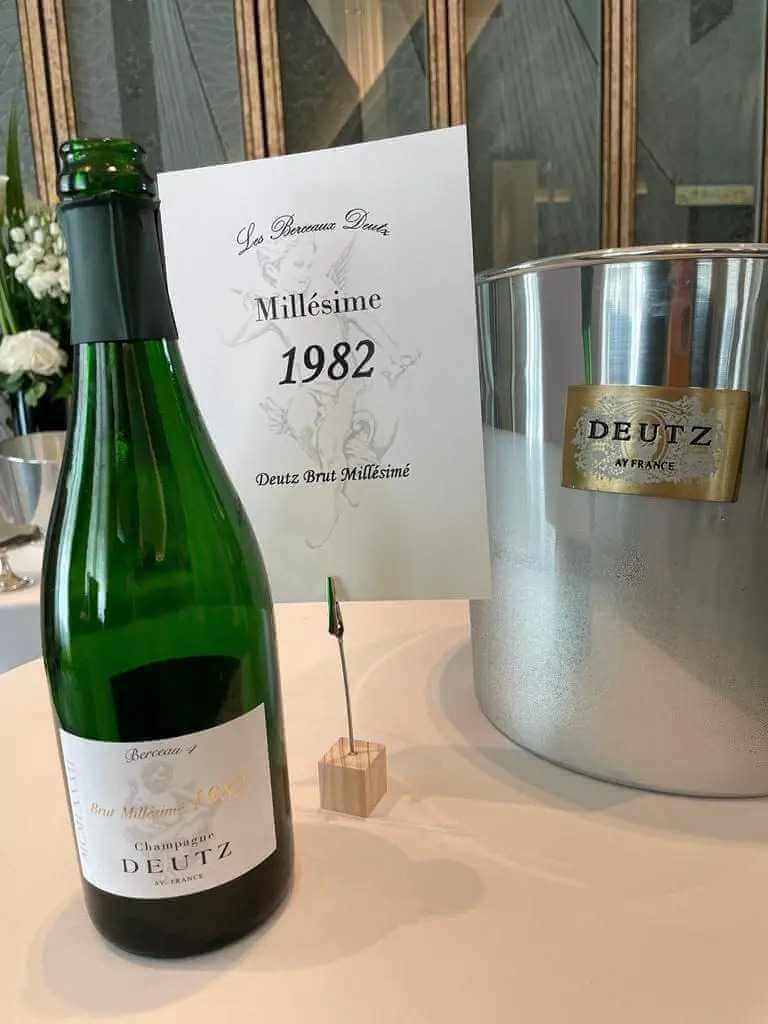 In this respect, he apparently mentions two schools of thought, maturation on lees and maturation on cork, both of which have been debated in Champagne. For Deutz, both schools of thought are perfectly respectable. The policy of Champagne Oenothèque Deutz combines both: the "Tête de Cuvée" or "Cuvée de Prestige" on lees is aged much longer than the average Champagne (at least 8 to 10 years), and then kept after devatting, in "Deutz Berceaux" for about 10 years, when the aromatic palette reaches the desired maturity and complexity.

the "Berceau" is home to real treasures... in every sense. In addition to the economic burden represented by decades of stock fixing, the storage of tens of thousands of bottles, the multiple operations required to elaborate champagne, there are risks to be taken into account because aging is not a science. The risks are multiple.

Intended for a hundred luxury places (palaces or stars) throughout the world, Amour, Millésime or William, all with a cumulated capacity of 6,000 bottles of Champagne, distributed between 1982 and 2002, will be marketed this year (100 to 1,000+ bottles) No institutional factor euros). Others will continue to be added to the range in 2023 for the pleasure of all the sybarites of the planet.