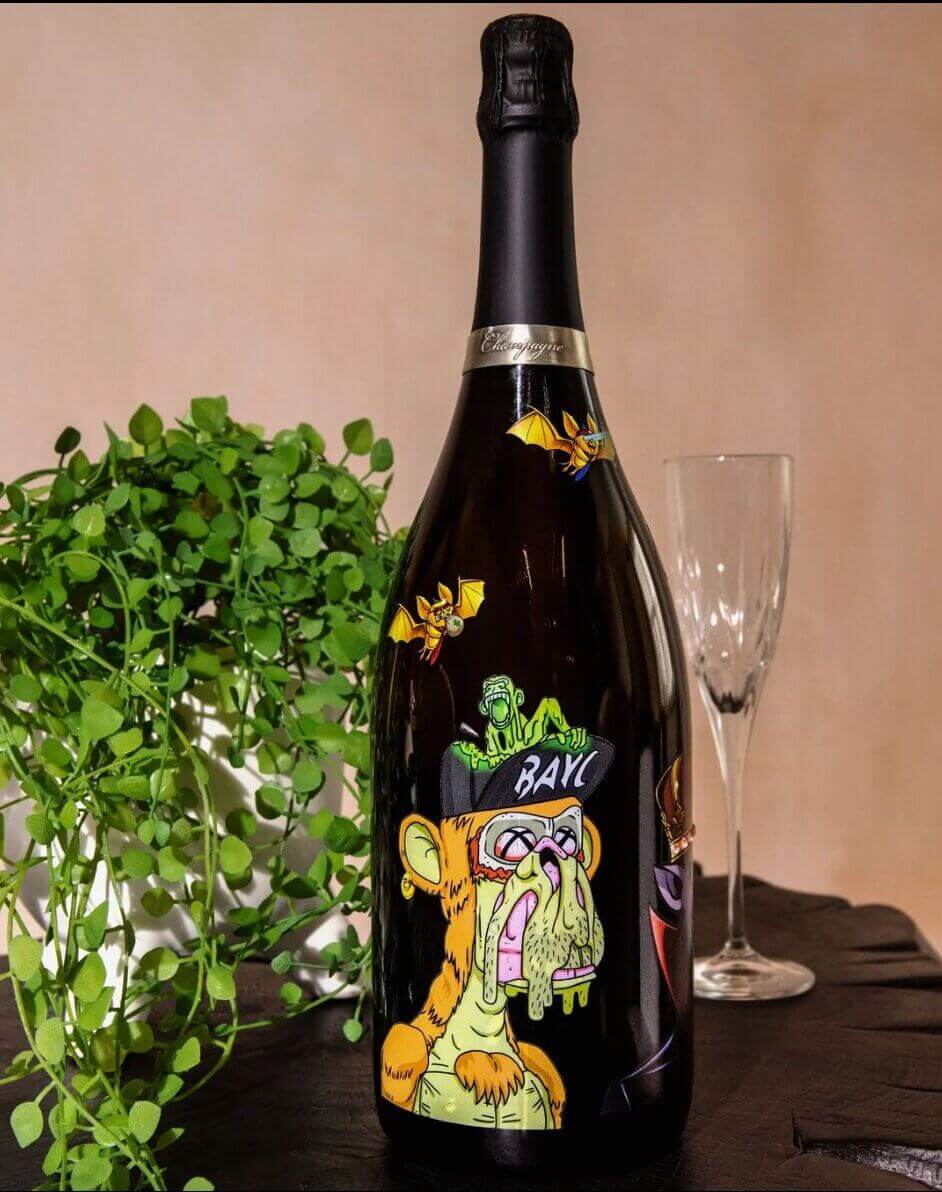 The story of the champagne bottle sold for $2.5 million

We have to talk about it because everyone is talking about it. So it's the most expensive bottle of champagne in the world! Two investors may have gone further by paying $2.5 million for a bottle of champagne (again, a magnum!). But of course, it's not just any bottle of champagne, as it carries NFTs, or non-fungible tokens, digital assets that can be bought and sold. Brothers Giovanni and Piero Bono purchased a $2.5 million magnum from Champagne Avenue Foch at a private auction, The Wall Street Journal reported. The limited edition bottle was created by self-proclaimed champagne connoisseur and NFT merchant Shammi Shinh in collaboration with artist Mig, who is behind The Bored Ape Yacht Club and The Sneaky Vampire Syndicate NFT collections.

The bottle includes five NFTs or non-fungible tokens, and the purchase includes a digital transfer of ownership. The images are of cartoon creatures including monkeys, bats and vampires. One of the famous NFTS series Bored Ape Yacht Club. In total, the five NFTs cost 26.22 ether at Champagne Avenue Foch, or about $28,000 at current exchange rates. The price per bottle is in ether, but due to recent crypto-currency volatility, buyers are being paid in US dollars. On that note, just for the record, non-fungible tokens, or NFTs, have grown from a relatively obscure blockchain technology to a market worth about $44 billion in the last year.

According to the Wall Street Journal, the brothers are Italian and their families are from the fashion industry. Giovanni has been an early crypto investor since 2014. He has spent the last six years working in tech startups, co-founding three companies. His current project, Quota, aims to digitize the housing rental market in Southern Europe. Piero has worked in the fashion industry and owns the eyewear brand Good's.

Salesman Shammi Shinh specializes in high-end champagne bottles. A London businessman interested in champagne and biotechnology and an avid NFT trader, he claims to have already set a record for the most expensive champagne sale ever: a platinum label sold by Champagne Taste of Diamonds A 19-carat diamond was affixed Price 2013 of $1.9 million, according to a press release. A bottle of Mr. Shinh was featured in the final scene of Warner Bros.' "Justice League." Discovery Inc.'s 2017 pick for Jesse Eisenberg's super-villain Lex Luthor.

Among non-NFT, non-diamond-encrusted champagnes, the record price for a bottle at London auction house Christie's was £42,875, or about $51,000. This isa bottle of the 1874 Bauerflower vintage that was auctioned last year.